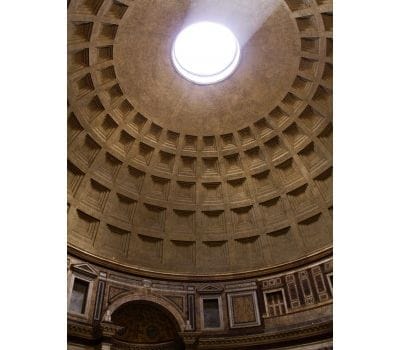 Concrete experts talk today about how to make concrete durable. Many ancient Roman concrete buildings are still in use after more than 2000 years. For these modern concrete experts, the Romans were fortunate builders in that they apparently simply used natural pozzolan deposits, which were found to be suitable for producing a hydraulic mortar. Contrary to this pronouncement, our recent linguistical study and new translation of Latin author Vitruvius’ book De Architectura (1st Century B.C.) states that the magnificent quality of Roman concrete resulted from the extensive use of artificial pozzolanic mortars and concretes. Two artificial pozzolans were intensively manufactured:

See in #D The synthetic pozzolanic mortar by Vitruvius and #E Searching for Carbunculus .

In addition to these artificial reactive ingredients, the Romans used a natural reactive volcanic sand named harena fossicia wrongly translated as pit sand or simply sand by modern authors. The ingredients testa, carbunculus and harena fossicia were intensively used in Roman buildings. These reactive ingredients must not be confused with the traditional pozzolan whose name originates from the city of Puzzuoli, near Napoli (Mt Vesuvio). According to Vitruvius Book V, 12, the traditional pozzolan was exclusively used for making piers into the sea or foundations for bridges, whereas harena fossicia, carbunculus and testa produced the concrete for buildings on land.

Roman concrete technology was more efficient than traditional building with hewn stone. The Table compares the construction time for the domes of most famous world monuments.

Construction time for dome structures made of concrete and hewn stone

From the digging of ancient Roman ruins, one knows that approximately 95% of the concretes and mortars constituting the Roman buildings consist of a very simple lime cement, which hardened slowly through the precipitating action of carbon dioxide CO2, from the atmosphere. This is a very weak material that was used essentially in the making of foundations and in buildings for the populace. But for the building of their “ouvrages d’art”, the Roman architects did not hesitate to use more sophisticated and expensive ingredients. These outstanding Roman cements are based on the calcic activation of ceramic aggregates (testa) and alkali rich volcanic tuffs (cretoni, pozzolan) respectively with lime. The excess of unreacted lime recarbonates slowly into Ca-Carbonate. Conventional mineralogical analysis does not provide satisfactory explanation of the hardening mechanism. Yet, owing to the powerful MAS-NMR Spectroscopy investigation of these archaeological cements, one was able to distinguish two geopolymeric archaeological Roman cement analogues, dating to the 2nd. c. AD. See the scientific analysis on these high-performance Roman cements in paper nr 28 of Geopolymere ‘99 Proceedings and in Archaeo-Analogues .

Civil infrastructures, especially works related to water storage (cisterns, aqueducts) required a high-performance material and a special technology. The technology of this first Roman cement analogue was known under the generic technical term of Opus Signinum obtained by blending crushed and sieved ceramic, in Latin testa, with lime. According to the Roman author Plinius (Natural History, Book 35, 165), this technology was recognized as: ”… one of the most spectacular inventions of mankind …” The ingredient testa is a special ceramic powder from calcined kaolinitic clay (alumino-silicate oxide) and therefore identical to the MK-750 (or kandoxi) ingredient in modern geopolymeric cements. We performed 29 Si and 27 Al NMR Spectroscopy on Opus Signinum samples, dating to the 2nd Century A.D. There spectra are identical to those of modern GEOCISTEM Geopolymeric cements.

The second Roman cement analogue involved the use of an artificial pozzolan named in Latin Carbunculus. Analysis were carried out on samples from Ostia, 2nd-3rd Century A.D.

See the scientific analysis on Roman cements in Archaeo-Analogues .