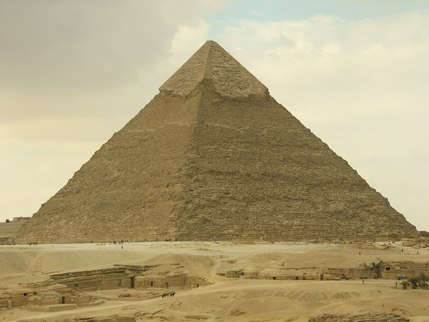 Since the beginning of his research, many “experts” suggested to J. Davidovits to carry out paleomagnetism studies. Indeed at the time of their solidification, the stones absorb the local magnetic field, in intensity and direction. The direction of this field varies with the ages. If the blocks of the pyramid have different magnetic orientations, it would be because they were assembled in a random manner, after having been extracted from the quarries, then cut. On the other hand, if the blocks have the same south-north magnetic orientation, this would prove that solidification took place at their current location, at an extremely recent geological age. So these blocks would have been made manually by humans, on the spot.

It was obvious that this type of test would provide favorable or unfavorable answers. However, as with all other analyzes, J. Davidovits felt that he should not do them himself. He therefore waited for geological physicists specialized in this discipline to grasp the question for themselves and undertake an experiment. It took a long time, because none of the “experts” at the outset wanted, or could not, undertake this study. Advisers are never the payers. This is true here. This was done in 2012 with the scientyific publication by Túnyi and El-Hemaly in the international scientific journal Europhysics News , under the title Paleomagnetic investigation of the Pyramids . These two geophysicists made a paleomagnetic study of the stones of the pyramids of Cheops and Khephren to determine whether the theory of artificial geopolymer limestone was valid or not. See in: Igor Túnyi et Ibrahim A. El-hemaly, (2012), Paleomagnetic investigation of the great egyptian pyramids, Europhysics News 43/6, 28-31.

They had read, 3 years ago, in this same journal, an article written by Guy Demortier, himself a member of the European Physical Society. His article was entitled “Revisiting the Construction of Egyptian Pyramids”, Europhysic News , 40/7, 07. Igor Túnyi is a geophysicist and paleomagnetist at the Geophysical Institute of the Slovak Academy of Sciences, Bratislava, Slovakia (he died recently after a long illness). Ibrahim A. El-hemaly is a geophysicist at the National Research Institute of Astronomy and Geophysics, in Cairo. They took samples from Cheops and Khephren and other samples were taken from the quarries of Mokattan and Helwan, for comparison. The figure shows the location of the samples. As the article did not contain photos, J. Davidovits linked these sampling sites with photographs taken from his collection.

The samples Nr 3, Nr 4 and Nr 7 are assigned to a geological limestone dating from the Eocene (30 million years). The picture shows that samples Nr 1, Nr 2, and Nr 5 have magnetic polarization in the south-north direction. Therefore, these samples are artificial (man-made). Block Nr 6 is not clearly defined. It could be an individual block of geopolymer limestone that has been moved. It shows an orientation opposite to that of sample Nr 5, namely a rotation along the north-south axis.

In his book “Why the Pharaohs built the Pyramids with Fake Stones“, Professor Davidovits has clearly shown the location of the natural limestone blocks and terraces (see essentially the Circuit of the Pyramid Plateau at Giza, Egypt, pages 233-262). For example, we know that in the pyramid of Khefren, more than a quarter of the volume of the pyramid is natural stone, namely the terraces carved in the inclined limestone plateau and which constitute the first 5 layers of the pyramid. The book is available at the Geopolymer SHOP and www.amazon.com