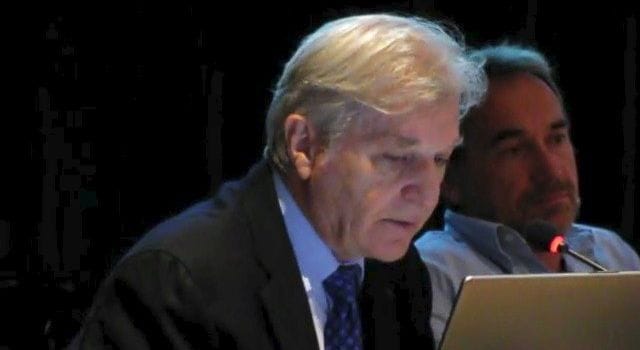 Prof. Joseph Davidovits presents the road map for the next couple of years on geopolymer science innovation and research, at the 2nd International Congress on Ceramics, Verona, Italy, July 4th, 2008.

There is a great need for innovation and therefore further research must be carried out. We have listed below the topics that deserve further involvement in the field of chemistry, physical-chemistry, materials science, and others. These needs are outlined in Davidovits’ book Geopolymer Chemistry & Applications, generally at the end of the chapter dedicated to the topic, and are given in the list.

We hope that this initiative will minimize the number of scientific papers and conference communications that are simply re-inventing the wheel, i.e. replicate studies and research already performed by others, sometimes several decades ago, and outlined in the reference book Geopolymer Chemistry & Applications.

The GeopolymerCamp is the opportunity to prepare the new edition of the book Geopolymer Chemistry & Applications. Indeed, the Geopolymer Institute wishes to publish every year a new revised edition with the most up to date information. During this session, participants will propose subjects or issues that are worthwhile to be edited or added, and the assembly will discuss about it. Prepare your arguments if you want to see your last research, data, applications be added to this reference book.

Chapter 2: Polymeric character of geopolymers: geopolymeric micelle
“Further research is needed to provide scientific tools for the determination of several physical parameters such as overall dimension and molecular weight.”

Chapter 5: Poly(siloxonate), soluble silicate (waterglass)
“The standard industrial silicates are mixtures of several silicate species (…) Any changes in the industrial fabrication parameters will strongly affect the nominal mixture composition and the geopolymeric properties of the soluble silicates obtained with these glasses (…) Nevertheless, researchers in geopolymer science should always keep in mind these data when developing tailored industrial geopolymer applications (…) Further research on this important topic will probably provide additional 3-D structures connected with the solid rings and polygons disclosed in Figure 5.9. (…) Further research is needed on this crucial technology.”

Let modify and master the manufacture process in order to get uniformity and quality control on the molecular sizes of Na-poly(siloxonate), K-poly(siloxonate) (soluble silicate).

Chapter 8: Metakaolin MK-750-based geopolymer
“In general, (Na,K)–poly(sialate-siloxo) is not made of single polymeric macromolecules but consists of a mixture, a solid solution, of at least two well deﬁned geopolymers with different Si:Al ratios. The standardized methods of investigation, like 29Si and 27Al NMR spectroscopy, are not sophisticated enough for the detection and separation of these different macromolecules. Future research is necessary. (…) The identiﬁcation of Al-O-Al bonding in geopolymers has been conﬁrmed by 17O MAS-NMR spectroscopy as the one displayed in Figure 8.24… The effect seems to diminish with the increase of the Si:Al ratio, when oligo-siloxonate molecules, Q0 , Q1 and Q2 types are added to the geopolymeric reactant mixture. Further research is needed.”

Chapter 9: Calcium-based geopolymer
“There is production of two geopolymers: hydrated gehlenite and (Na,K)–poly(sialate-siloxo), and in addition calcium di-siloxonate hydrate (CSH cement type). Further research is needed on this very interesting topic of ancient Roman technology. (…) We could also assume that, in the hydrated state, our geopolymeric structures are more ﬂexible than the rigid anhydrous chains. Their molecular arrangement might comply with the replacement of K+ with Ca++. Further research is needed to clarify this important issue.”

Chapter 10: Rock-based geopolymer
“The extrapolation from the solid solution structures set forth in Chapter 9 would probably focus on the Ca-siloxonate-hydrate, and its resonance at -78 ppm for Q1 structure in the 29Si spectrum of Figure 10.5. However, in addition to the dimer Ca-di-siloxonate hydrate molecule, one could get higher oligomers: trimer, tetramer, pentamer, hexamer, with cyclic structures similar to those depicted for soluble silicates in Figure 5.13 of Chapter 5 as well as in Figure 2.8 of Chapter 2. Further research is needed.”

Chapter 11: Silica-based geopolymer
“The geopolymer composite has a high potential for ﬁre-heat resistant coatings as well as corrosion resistant paint for steel. With tailored ceramic ﬁllers one obtains heat stable materials with remarkable heat resistance. Further research is needed. (…) These results highlight the need for caution during the use and disposal of these manufactured nanomaterials to prevent unintended environmental impacts, as well as the importance of further research on tailored formulations aimed at preventing any risk.”

Chapter 12: Fly ash-based geopolymer
“Overall, the geopolymer matrix gives a Si:Al molar ratio ranging from 1.56–2.14 corresponding to a poly(sialate-siloxo) with inclusions of siloxonate-hydrate molecules consisting of higher oligomers: trimer, tetramer, pentamer, hexamer, with cyclic structures similar to those depicted for soluble silicates in Figure 5.13 of Chapter 5 as well as in Figure 2.8 of Chapter 2. Further research is needed. (…) Gasiﬁer slag consists of four main components: silica, alumina, iron oxide and calcium oxide, mainly added as a ﬂux in the gasiﬁcation process. The gasiﬁer slag composition is similar to that of iron blast-furnace slag (Sullivan and Hill, 2001). In other words, a possible shortage of iron blast-furnace slag would be easily compensated by the production of gasiﬁer slag, opening new perspectives for the industrial implementation of geopolymers issuing from coal combustion in electrical power plants. Further research is needed.”

Chapter 13: Phosphate-based geopolymer
“Several laboratories are working on the inclusion of PO4 units into sialate and sialate-siloxo sequences. Data have not been published, so far. Further research is needed on these materials that show promising potential applications.”

Chapter 17: Long-term durability
“As for technological applications of geopolymeric materials in waste management, any risk assessment must contain input from geological and geochemical analogues. The problem is the very low amount of available data on this topic. Further research is needed.

Chapter 21: Geopolymer-fiber composites
“In this Chapter, the best results involved the use of carbon or SiC ﬁbers that are more expensive than E-glass. Future research will therefore take advantage of the geopolymeric systems outlined in Chapter 13 with phosphate based acidic matrix. This chemistry is not as aggressive to E-glass as the alkali driven poly(sialate) medium.”

The introduction of composites on a large scale in aircraft manufacture by Boeing and Airbus highlights the demand for fire- as well as heat-resistant geopolymer matrices.

Chapter 23: Geopolymer in ceramic processing
Introduce and develop LTGS for the production of low-cost building materials in developing countries with user-friendly geopolymeric ingredients.

Chapter 24: The manufacture of geopolymer cements
“We have learned in Chapter 19 that these dry mixes based on dry NaOH/KOH are corrosive in nature and may not be used (see in section 19.2, The need for user-friendly systems ). Research and development should therefore focus on innovative solutions involving the manufacture of ready to use, user-friendly, geopolymeric precursors. (…) Further research and development is needed on this very important technology.”

The major obstacle to the mass application of geopolymer cements comes from the chemical industry that is unable to manufacture the estimated 250-300 millions tonnes / year of alkali-silicates poly(siloxonates) needed for mass production of geopolymer cements, world-wide (presently ca. 15 millions tonnes / year). One must invent new methods of manufacture for poly(siloxonate) glasses, from geological raw-materials rich in K2O and Na2O, as in the European Research project GEOCISTEM (Brite-Euram 1994-1997).

Chapter 25: Geopolymer concrete
“When one adds together the properties described in this Chapter 25, and the chemical and physical parameters of geopolymer cements outlined in previous chapters, it becomes evident that geopolymer concrete is better than Portland cement concrete. Yet, further research is needed to apply and generalize to all geopolymer concrete types the results obtained by B.V. Rangan and his team.”